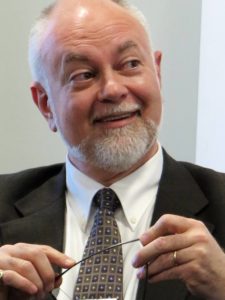 With apologies to William Shakespeare (whose works have entered the public domain, including Julius Caesar, act III, scene ii) and to the Beatles.

Friends, Canadians, (and, yes) Conservatives lend me your eyes;
I come neither to bury Andrew Scheer, nor to praise him.
The evil that men are accused of lives after a campaign;
The good is oft interred with a loss;
So, some say, let it be with Scheer.

The celebrated victor, Trudeau,
Hath told you Scheer was ambitious for things of his personal belief:
If it were so, it was judged a grievous fault;
And grievously hath Scheer answered for it.

Here, under leave of Trudeau and the rest, —
For Trudeau is, by virtue of being prime minister, a Right Honourable man;
So are they also, Scheer being among privy councillors, Honourable men and women, —
Come I to write in remembrance of Scheer, and of his 2019 campaign.

He is a Christian, Roman Catholic, faithful and just to those observing,
Setting aside dogma in interest of public service,
That all citizens be treated equally deserving:
But Trudeau hath said Scheer was ambitious for things of that personal belief;
And Trudeau is a Right Honourable man.

Scheer hath brought many more members with him to Ottawa than when last year he left,
(When perchance they are permitted to attend with him,)
Whose donors did Conservative coffers fill.
Did this in him seem ambitious?
When future generations impoverished will cry, Scheer hath already wept.
Ambition should be made of sterner stuff.
Yet Trudeau says Scheer was both religious and ambitious,
And Trudeau is, by virtue of being prime minister, a Right Honourable man.

You all did see that on calling of the election
Scheer was presented as if with kingly crown,
From which he did retreat, then campaign. Was this ambition?
Yet Trudeau says he was ambitious,
And, sure, Trudeau is a Right Honourable man.
I write not to disprove what Trudeau spoke,
But here I am to write of what I do know.
Many of you did love him once, not without cause.
What cause withholds you then to mourn for him this loss?

O judgment! Thou art fled to brutish beasts,
And men have lost their reason. Bear with me.
My heart is in the promised fiscal accountability borne by Scheer.
My heart is also in the Christian faith, that borne also by Scheer,
Though he is Roman Catholic, like Trudeau, Martin and Chretien, all Liberals, and I am not,
And I must pause till it come back to me.

Citizen: Methinks there is much reason in his writing.
Conservative 1: I fear there may be a worse comes in Scheer’s place.
Conservative 2: Poor soul. His eyes are red with weeping.
Citizen: Now mark; he begins again to write.

Seems just yesterday, Scheer’s troubles were so far away,
(The apparition of a melodious Right Honourable man hath seemed to haunt him)
And his word might have stood against the world,
But the 2019 campaign has left him alone amidst all the lonely people,
And none are now willing to do him reverence.

If I were disposed to stir your hearts and minds to rage
It would still this day do no harm to Trudeau, or to Singh or Blanchet.
The Commons will not hear nor heed Scheer’s statements,
And the commons will neither regard his unmask-ed face a trifling thing.
Though masked his better in campaign obscures things he prefers (and preferred) unseen.

Could Scheer not have held his religion more lightly, perchance as more prop than principle,
Perchance been more alike Blanchet, Singh or Trudeau?
For Trudeau is a Right Honourable man, which Scheer now is not,
And though Honourable, will not be.

Scheer, as has already been said, held his religion neither lightly nor as prop
But instead as stinking albatross about his neck, and would neither bow nor march.
So spoke MacKay, who is also an Honourable man,
Although not a Right Honourable man, like Harper or Trudeau.
(One can hardly compose at any length that considers Trudeau
Without compelling use of Harper’s name,
For when Trudeau moistly speaks of Scheer, this drier spectre haunts him still.
And he, no doubt, as Danish prince, has glimpsed another spectre too.*
It was Harper took the long and winding road which led to Trudeau’s door,
Trudeau though since departed, and, as son, not returning to father’s home.)

Such words were perhaps more expectantly anticipated, yet remained unsaid,
From the likes of Barton, Wherry, Kapelos, and Simpson, too,
None of them accounted Honourable, to be true.
But from MacKay, an Honourable man? Peter, et tu?

MacKay robustly expressed no ambition in regard to Scheer’s throne (speech).
So said he, no doubt honourably, for he is an Honourable man.
Still, beneath yon omnibus, with albatross about his neck,
And miss-ed shot on empty net, Scheer was thrown (by his speech).
Both of them Honourable men, although neither a Right Honourable man, like Trudeau.

Notwithstanding absent ambition from MacKay, Scheer hath stepped away,
For he is an Honourable man, and Scheer found it honourable to not stay.
Which is how we together arrive at Scheer’s remembrance upon this day.

You all do know his mantle.
Although once he did wear a mantle black, and govern the Commons in gentle manner;
You all do know this mantle. I remember
The first time ever Scheer put it on;
‘Twas a mid-May evening in the big blue tent,
That day he overcame on final ballot Bernier.

See what rent in it his foes have made.
Mark how his strength from it was pulled
As rushing out of doors, to be dissolved
Like particles in rushing stream or wind of torrent,
In sudden mutiny of those once he held close as friends.
What private griefs they may have now, I know not
Whether they have, but thought upon what drove them to it.

Still, for today, gathered as we are, neither to bury Scheer, nor to praise him.
Instead today, we contemplate those who have now declared themselves ambitious,
Lawyers are they all, and numbered four: Lewis, Sloan, O’Toole, and aforesaid MacKay.
(And so, we best not kill all the lawyers yet, but that save for some later day,
Perhaps, even for some other play.**)

Scheer will be neither this day cheered, nor avenged, nor as yet forgotten.
I have neither wit, nor words, nor worth,
Action, nor utterance, nor the power of discourse
To bury him, nor to praise him.
Simply, I do remember him.
For many of you did love him once, and that not without cause,
For he is an Honourable man.

‘Tis not for me to either hold or pass forward his mantle,
As if some final testament from him to nation, or at least to Conservative Party,
Holey though it be.
So now I tell you only what you yourselves do already know.
There are four who ambitiously seek it.
The day soon will come when one the mantle takes,
Though not with any assurance this mantle will that one Right Honourable make.

Citizen: That would be for another election day, not this.
Conservative 1: Softly, they come. The ballots arrive.
Conservative 2: Then let us away, to write our own tale in ranking the four.

Now let it work. Mischief, thou art afoot,
Take thou what course thou wilt!